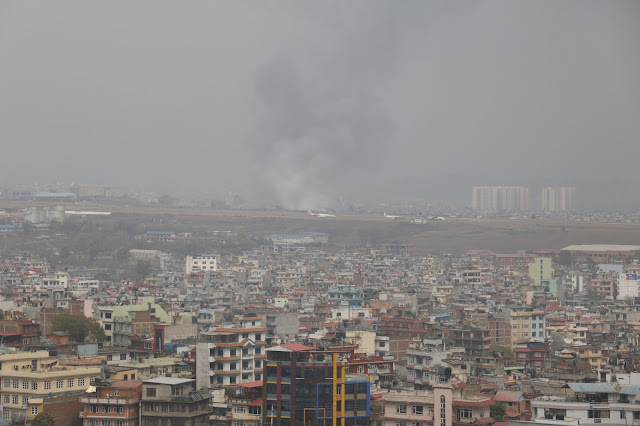 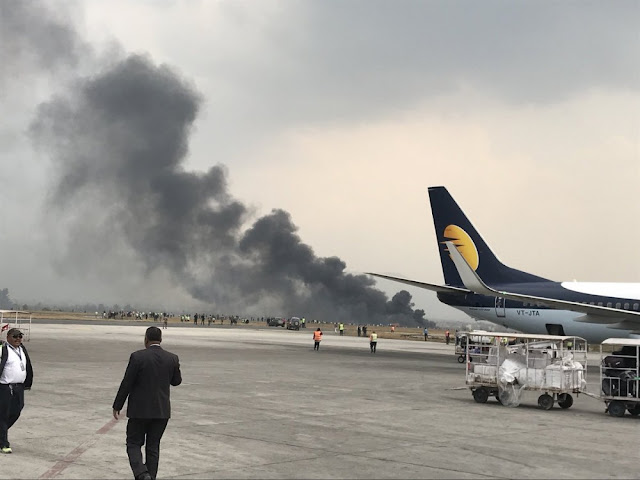 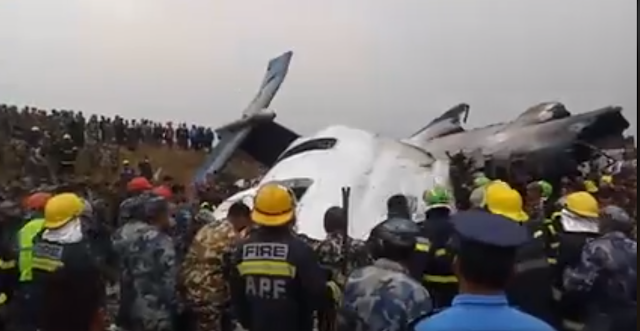 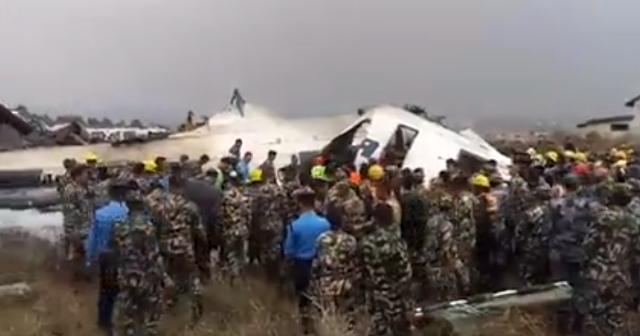 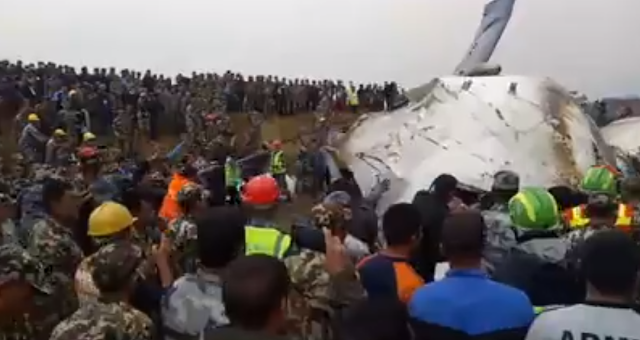 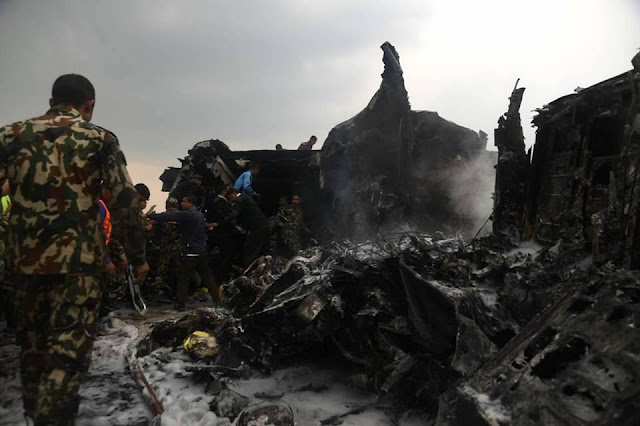 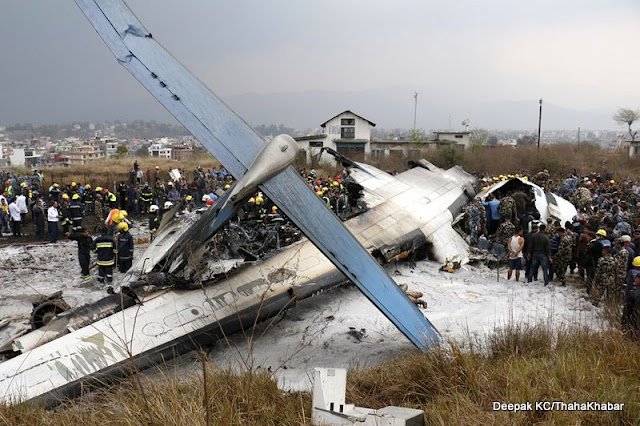 Conversation between Kathmandu Airport Traffic Controllers and the Pilot of US Bangla Airlines before crashed ! 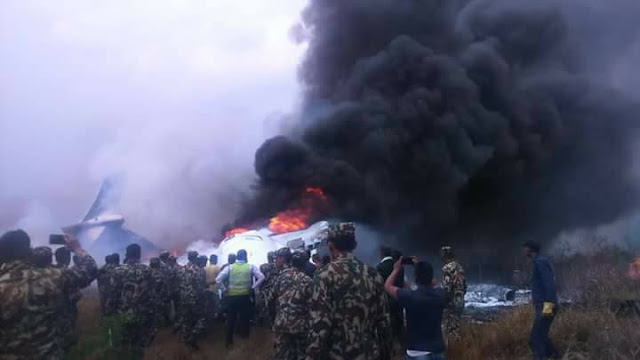 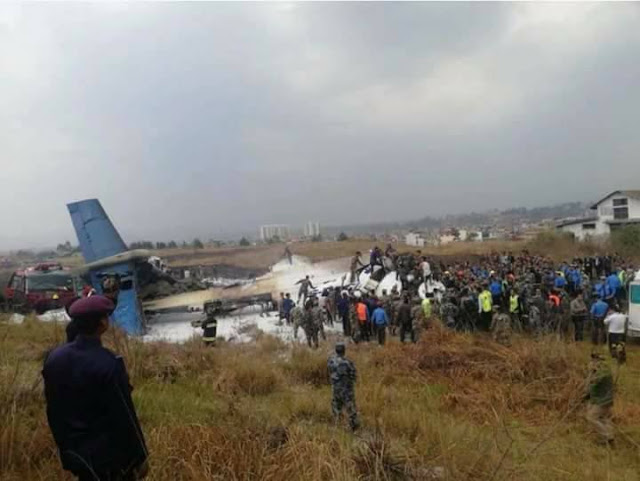 Conversation between Kathmandu Airport Traffic Controllers and the Pilot of US Bangla Airlines before crashed !

Here is the conversation between Kathmandu Airport Traffic Controllers and the Pilot of US Bangla Airlines BS211 (Dhaka-Kathmandu) just it crashed into the runway. There seems to be a huge confusion about runway 02 and 20 !

********************
A Bangladeshi airliner crashed on Monday after making an unexpected turn in cloudy weather as it came in to land at the airport in Nepal's capital, killing at least 50 people, officials said.

There were 71 people on board the US-Bangla Airlines plane arriving from Dhaka when it clipped the fence at Kathmandu and burst into flames, said Raj Kumar Chettri, the general manager of the hill-ringed airport.
Those aboard included 33 Nepali passengers, with 32 from Bangladesh, one from China and one from the Maldives.


"All of a sudden the plane shook violently and there was a loud bang," one of the survivors, Basanta Bohora, told the Kathmandu Post daily. "I was seated near a window and was able to break out of the window."
The accident was the latest to hit mountainous Nepal, which has a poor record of air safety. Small aircraft ply an extensive domestic network and often run into trouble at remote airstrips.
"We have recovered 50 dead bodies so far," said army spokesman Gokul Bhandari. Although several people had been rescued from the burning wreckage of the Bombardier Q400 series aircraft, nine people were still unaccounted for, he added.
Chettri said that moments after the plane received permission to land, the pilot said he wanted to go in a northern direction. Asked by the control tower if there was a problem, he replied in the negative.
The plane was then seen making two rounds in a northeast direction, Chettri said. Traffic controllers again asked the pilot if things were OK, and he replied, "Yes".
The tower then told the pilot his alignment was not correct, but there was no reply, Chettri added.
"The plane should have come from the right direction," Chettri said, adding that it hit the airport fence, touched the ground and then caught fire.
It was not immediately clear if the pilot had issued a "Mayday" call, or distress signal.
Many of the bodies that lay on the tarmac, covered with cloth, were charred, witnesses said. Thick plumes of smoke could be seen from the aircraft at the Tribhuvan International Airport.
The aircraft that went down on Monday was 17 years old, data from tracking website Flightradar24.com showed. It descended to an airport altitude of 4,400 feet (1,341 m) and then climbed to 6,600 feet (2,012 m) before crashing about two minutes later, the website said.
Bombardier said on Twitter it was saddened by the accident.


"Our thoughts are with those injured, and their families," it said. "More information to follow."
There have been a series of accidents at Kathmandu in the past.
In March 2014, a flock of birds shattered the windshield of a Malaysia Airlines
In 1992, all 167 people aboard were killed when a Thai Airways flight from Bangkok crashed while trying to land in Kathmandu.
US-Bangla Airlines is a unit of the US-Bangla Group, a U.S. Bangladeshi joint venture company.
The two pilots and two cabin crew were Bangladeshi nationals, airline spokesman Kamrul Islam said in Dhaka.
"Our team will fly to Nepal as soon as the airport is open," he added. "We are in touch with Nepali authorities."
The Bangladeshi carrier, which launched operations in July 2014, operates Bombardier and Boeing
Posted by www.Nepalmother.com at 8:47 AM