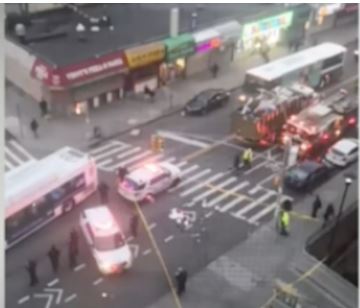 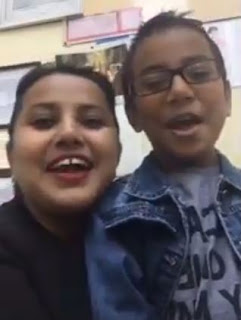 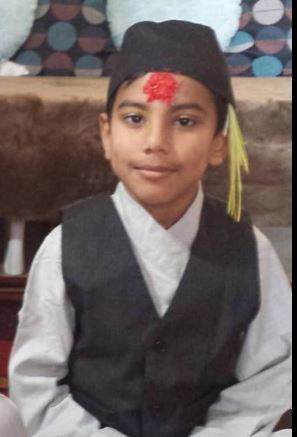 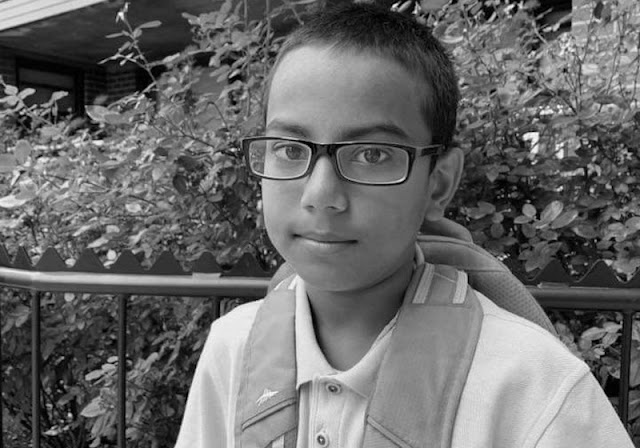 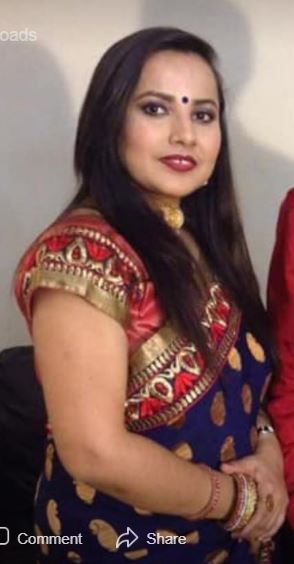 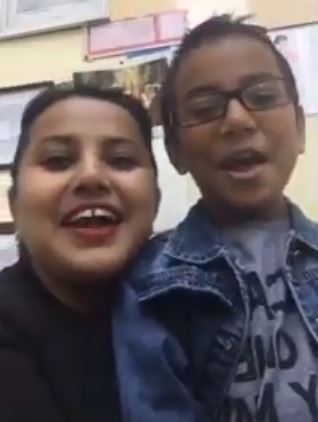 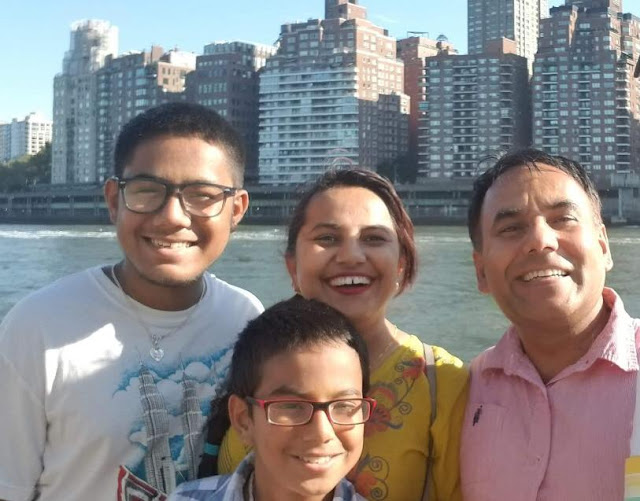 A 10-year-old Queens boy walking to school with his mom died Tuesday after they were struck by a city sanitation truck, officials said.
Srijan Panthi and his 40-year-old mother were crossing 57th Ave. near 97th St. outside the LeFrak City apartments in Corona when the sanitation truck came out of a commercial driveway and rammed into them just before 7 a.m., police said.
The truck knocked mother and son over and the vehicle’s rear wheels rolled over the boy’s chest, sources said.
“It knocked their shoes off, both of them,” said one block resident, who would only identify himself as Sam. “It’s a real shame.”
As the two lay crumpled on the ground, a witness raced to a corner bodega and grabbed some paper towels in the hopes of staunching the bleeding.
[More New York] SEE IT: Elderly woman with cane fatally struck by cement truck in Brooklyn »
“When I came outside with my granddaughter we saw the two people lying down in the road," said witness Prakash Tuladhar. “They were going to school in the morning. It was still dark. It’s very scary.”
Srijan and mother Mina Panthi were taken to Elmhurst Hospital where the child died four hours later.
The mother suffered leg injuries but was expected to survive. An initial report that she needed a leg amputated proved to be incorrect, police said.
[More New York] Two NYPD traffic agents slugged with a pipe by man enraged over ticket »
A family friend who visited the mom at the hospital said she was conscious and begging for news about her child but nobody immediately had the heart to inform her he was dead.
“It’s totally devastating for the family,” family friend Yadab Bastola said. “He was a really smart kid. His father always talked about him. Whenever he went to community events, he brought him.”
The mom and her husband are fixtures of the Queens Nepali community, friends said.
[More New York] Inmates set blaze inside Manhattan jail known as ‘the Tombs' »
“This is a huge hit for us,” said Ram Hari Adhikari, president of the New York branch of the Non-Resident Nepali Association as he shook his head in disbelief. “We come here for the big dream, American dream, and then it happens like this.”
The garbage hauler was exiting the driveway and making a right onto 57th Ave. when it struck the boy and his mother, officials said. The two were just outside the crosswalk when they were hit.
“It’s tricky making a turn out of this block,” resident Pemba Sherpa said. “There is no walk sign. Even though there is a green light on, people still cross.”
The driver remained at the scene as the NYPD continued its investigation, officials said. No charges were immediately filed.
“We take this tragedy extremely seriously and the collision is currently under investigation,” a spokeswoman for the city Department of Sanitation said.
The pedestrian advocacy group Transportation Alternatives said the boy is the 18th person to be struck and killed by a motor vehicle in the city in the last 30 days.
“Tragedies like these are not accidents, but predictable and preventable results of policies that prioritize moving traffic ahead of protecting people,” said Transportation Alternatives Executive Director Danny Harris, who encouraged Mayor de Blasio to pass the reckless driver accountability act, which will allow the city to seize the vehicles of habitually bad motorists.
[More New York] Inmates set blaze inside Manhattan jail known as ‘the Tombs' »
“In moments of crisis, we don’t need hopes and prayers from our elected leaders; we need immediate action,” Harris said.
Posted by www.Nepalmother.com at 6:39 PM