‘Three plus one’ command structure of Nepal Army: How will it help our cause ? 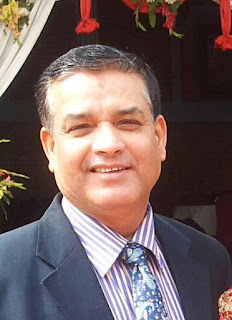 Many may wonder what “three plus one” is. It actually is a formal concept Nepal Army (NA) has recently devised in tracking down an agile military command structure to fit into the changed competitive strategic security milieu in the neighborhood. With this, all operational field formations and units of Nepal Army will be grouped under four commands—three on the basis of three major river systems namely Gandaki, Koshi and Karnali and one additional command allotted exclusively for the security of Kathmandu Valley.

NA is a predominantly infantry-based organization through which it created a history of bravery, sacrifice and professionalism since its early existence. Although the nature of war remains the same a huge transformation has taken place in concepts,

employment of troops and weapons in theatre of war and suppleness in maneuvers due to new technology in warfare. But NA has not been able to catch up with the trend. 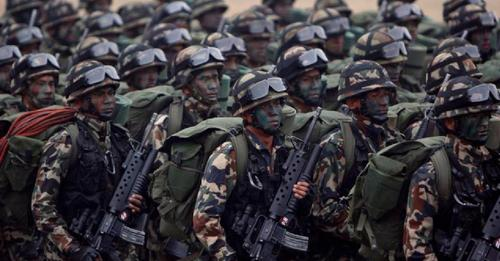 Even today, the divisional force of NA, the uppermost echelon of operational commands which should be prepared for operational missions against the conventional or unconventional threats, lacks requisite military paraphernalia.

The new concept of ‘three plus one’ commands seems to be in line with coherent restructuring redesign idea to establish a viable force structure for which any adversary would have to mobilize ‘threes’ of its size to overwhelm it, limiting their fronts, and letting up a void in their possible offensive or defensive postures, thereby enabling Nepal to consistently display a much balanced force silhouette in her geography. The envisioned functionary structure also fairly fulfills our all-time operational requirements.

China’s ambition of creating the world class military by 2049, with its rapid modernization and capabilities, their preparation to operate beyond borders should be kept in mind in the context of Nepal’s whole of northern territory adjacent to PLA’s Western Command in Tibet Autonomous Region (TAR).They have gigantic air, land (maritime included) operations capabilities including cyber, electronic and psychological links to respond to their potential rivals. As for Indian defense system, in their process of entering into modern warfare capabilities, they have restructured their Theatre Commands and their military doctrine relies more on conventional forces while dealing with weaker neighbors.  Thus Indian military ambitions cannot be understated.

The nature of war today is vastly influenced by rapid advancement of science and technology. Our junior military leaders may know about Network Centric Warfare (NCW) drills of Theatre Commands in the neighborhood, with integration of forces, using unmanned aerial vehicles (UAVs), precision missiles, modern surveillance and air defense and hypersonic weapons, aerial refueling and endurance, enhanced lethality and maneuvers across the spectrum of modern warfare. But they seldom would experience their applicability in their whole career due to various constraints.

Similarly, our senior military leaders think less of typical traditional military-based threats than more diverse nontraditional threats emanating from a range of non-military nature. The traditional security concept, in terms of men and metal and its application in war, has undergone a phenomenal change. We need to adopt a balanced approach in this regard.

A huge transformation has taken place in concepts, employment of troops and weapons in the theatre of war. But the Nepal Army has not been able to catch up with the trend.

For instance, last year we experienced an acute scarcity of fertilizers and recently we are struggling with a new variant of Covid 19. Nepal’s food imports have surged so much that if our neighbors restrict exports under their food security policy, we might suffer like many African countries. If the labor destination countries in the Gulf stop taking in workers from here it will open the floodgate of problems here.

While on the one hand, we aim to educate our planners in national defense doctrine through the proposed National Defense University, the country is yet to be able to ensure the livelihood of all. Our economic health is getting weaker and our international prestige has been eroded due to corruption.

Our future planners should be able to provide the nation a strategic direction for creating jobs, minimizing imports, and utilizing our energy to set up national industries. Setting up industries of fertilizers, garments, household medicines, machineries etc would minimize unproductive expenditures and help create jobs for the people.

Besides, taxpayers should be convinced that there is a need to modernize the national army to adapt to emerging threats and for adjusting itself within the regional security environment, conflict-prone international security situation and to confront our own potential internal security challenges. National security experts should study options in realizing our anticipated traditional security construct.

Undoubtedly, Nepal’s military needs much more agility and maneuverability to fight a mobile nature of battle rather than limiting them to vulnerable permanent locations for which operational devolution of fighting tactics by smaller groups can rather be a preferable contemplation. Effective independent battle groups with decentralized resources under specific Divisional commands can achieve better results than command centric functional groups which may restrict maneuver and flexibility to suit the anticipated operational intent as spelt in our Foreign Policy document.

The ‘three plus one’ scheme should also complement our national interest in a challenging geostrategic setting.

The nation’s Foreign Policy document calls for not allowing Nepali soil (in essence by air and land) to be used against neighbors or other countries, while anticipating a similar level of commitment from them. Thus the ‘three plus one’ scheme should also complement our national interest in a challenging geostrategic setting.

The bloated military structure, caused due to Maoist insurgency, pulled us out from conflict and gave us dividends of current peace and stability. But the command level operational concept envisioned at this age may instead constrict independent unit’s maneuverability. Here is hoping that new Command restructure induced by NA will meet our conventional as well as unconventional challenges in the days to come.

Posted by www.Nepalmother.com at 5:11 PM