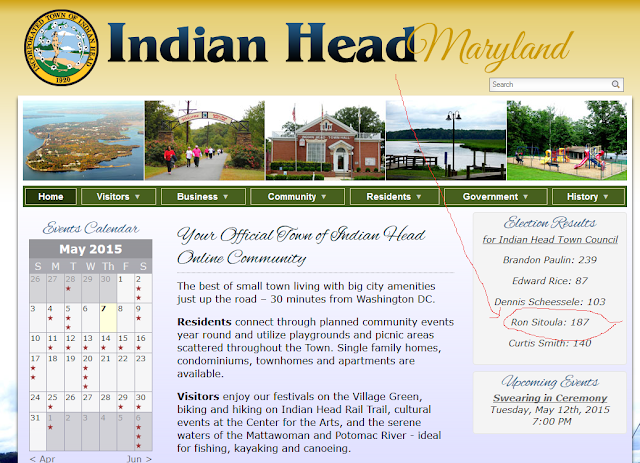 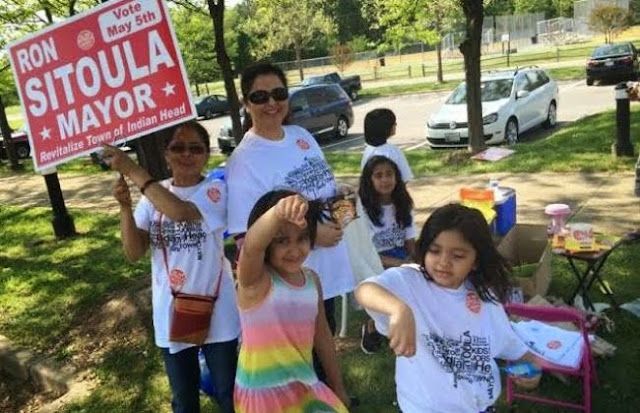 Local town has a new mayor and he's 19 years old

Indian Head, MD - In the Town of Indian Head, those who have clamored for change voted for just that in the town elections Tuesday, May 5, ousting Mayor Dennis J. Scheessele for a student at College of Southern Maryland.
Nineteen-year-old Brandon Paulin led all vote-getters, garnering 239 of 756 ballots cast in the municipality on Charles County’s western shore.
Paulin’s 239 votes were well in front of the nearest challenger, Ron Sitoula, who came in second with 187 tallies. Curtis Smith was awarded 140 votes, while the incumbent, Scheessele, finished fourth with 103. Ed Rice, the fifth candidate, had 87 votes.

“I am absolutely ecstatic that people are dedicated to the change,” Paulin said. “Indian Head has been going downhill for a while, and I want to flip that role a little bit.
“I know when I was little and I would come back from the elementary school and there weren’t empty buildings along the 210 corridor and that’s one problem I intend to fix,” he added. “It’s exciting, a very exciting moment in my life and I’m really glad that people are coming out and getting involved.
“The turnout was really good compared to past years,” he said. “I think it shows that the Indian Head despite what some say or think about it, it’s still strong here today.”
Charles County Commissioner Vice President Ken Robinson congratulated Paulin on Facebook.
“I look forward to working with the new mayor in his quest to ‘fight the blight’ to revitalize Indian Head,” Robinson said. “I won’t, however, be able to have a beer with him for a couple of years.”
Boarded up stores lining Route 210 as one nears the town have lingered on for too long, residents said, despite the valiant efforts of Scheessele and Rice to turn things around.
One town resident spoke volumes with their Facebook post, stating, “I hope this sends a message to the powers that be, that the residents of Indian Head are serious about change and we are no longer willing to be forgotten. Even in its current state, it’s still a great place to live and raise kids. We have the most diverse population and environment in the county, and given the right support, could be a seriously desirable Main Street destination town.”
- Contact Joseph Norris at joe.norris@thebaynet.com
************** 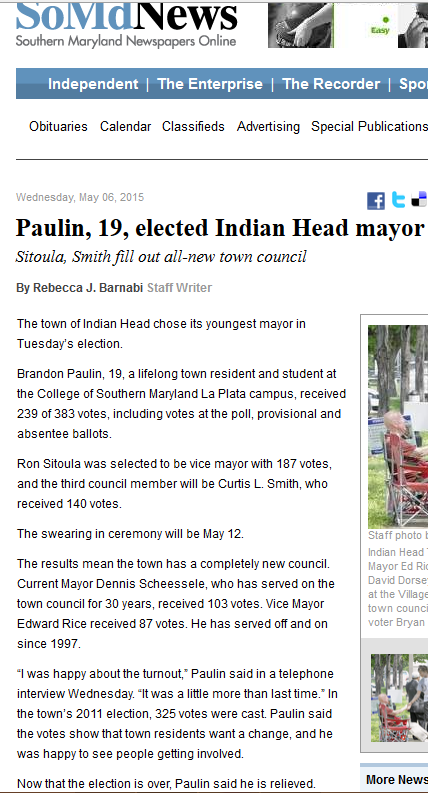 Posted by www.Nepalmother.com at 10:52 PM