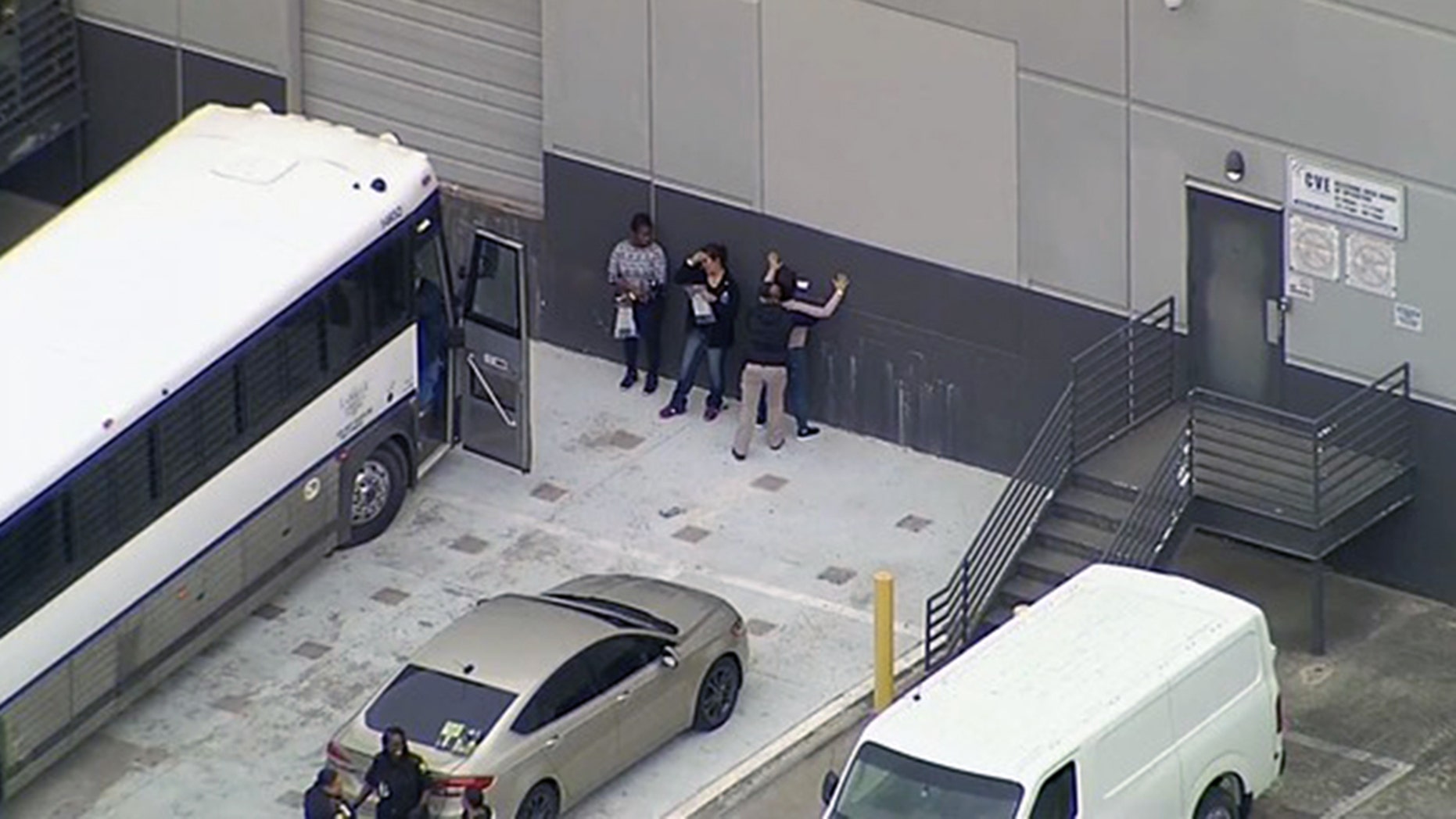 Immigration officials on Wednesday arrested some 280 employees of a North Texas tech company suspected of knowingly hiring illegal immigrants, the largest such single-company sweep in 11 years.


More than 200 law enforcement personnel took part in the operation at CVE Technology Group in Allen, north of Dallas. Officials said the company refurbishes and repairs telecommunications equipment, including cellphones.
"The numbers of the administrative arrests we made today hint at the significant scope of this criminal investigation," Homeland Security Investigations (HSI) Special Agent in Charge Katrina Berger said at a news conference. Berger said investigators had worked on the case for "at least a year" after receiving "many tips that they [CVE] were hiring illegal aliens who were using fraudulent documents."

How will the surge of illegal immigrants impact the US economy?

HSI began auditing the company's I-9 forms in January -- the forms confirm the eligibility of prospective employees to hold jobs in the U.S. -- and confirmed "numerous hiring irregularities," according to a statement from Immigration and Customs Enforcement (ICE).
A breakdown of the nationalities, ages and possible criminal backgrounds of those arrested was not immediately available. CVE's other locations in Plano, Texas, and Riverdale, N.J., were not affected by the operation.
Berger said HSI would interview the arrested employees before determining if they should remain in custody or be released for humanitarian reasons.
CLICK HERE TO GET THE FOX NEWS APP
"Businesses that knowingly hire illegal aliens create an unfair advantage over their competing businesses," Berger said. "In addition, they take jobs away from U.S. citizens and legal residents, and they create an atmosphere poised for exploiting an illegal workforce."
Wednesday's operation was the largest at a single location since May 12, 2008, when 389 employees of the Agriprocessors slaughterhouse and meatpacking plant in Postville, Iowa, were taken into custody. The raid led to the arrest and conviction of executive Sholom Rubashkin for money laundering. Rubashkin was sentenced to 27 years in prison, but his sentence was commuted to time served by President Trump in December 2017. - FOXNews
Posted by www.Nepalmother.com at 8:41 PM