The Unification of Nepal, British Colonialism and Indian Neocolonialism, A Perspective. 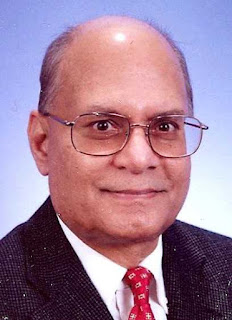 - By Uttam B. Khatri

Nepal is believed to be one of the ancient if not the oldest country of South Asia. This Nation has been mentioned in the Hindu epics such as Ramayan, Mahabharat, Bhagbat Gita, Vedas, etc. The Himalayan Kingdom extended more than fifteen hundred km from east to west and about four hundred km wide from north to south. This country was protected by the mighty Himalayan range in the north, Ganga and Brahmaputra rivers along with dense forest in the south. Historically, Nepal was extended up to Assam in the east and Kashmir in the west. Over a period of thousands of years, Kings and Rulers changed. Kingdoms were divided and united and divided again and so forth.  The rise and fall of the dynasties took place. However, big or small in size at times, Nepal remained as an independent country for hundreds and thousands of years.  Across the border on south, numerous kingdoms of different shapes and sizes rose and fell at different time periods.


With the decline of the Mughal Empire in South Asia which is today’s India, the Europeans began to arrive in large numbers as traders through the coastal ports. The Portuguese, Spanish, French, and English traders competed to establish their colonies. Eventually, they started to land in thousands with modern arms such as guns, cannons, and firepower using new navigation systems and improved ships. The Europeans clashed in different parts of India for trade and land grab. The British proved more cunning, formidable and gradually they prevailed as master of colonies. They got more organized over time and established the East India Company. The trading company in disguise brought thousands of pirates and soldiers in and slowly but steadily colonized hundreds of kingdoms large and small. After the battle of Plassey in 1757, the British military strength grew big and they spread all over and created a colony of India.

Prithvi Narayan Shah, king of a tiny hilly Kingdom of Gorkha saw what the British colonial power was up to in the south. He envisioned that if the small kingdoms did not get united and become a bigger and stronger force, the British would also head north and colonize all the small hill kingdoms. The young King at an early age of twenty started the unification campaign in 1744. He brought numerous provinces and kingdoms under his control.  In many cases, he conquered the small states without violence, the use of brutal force, and with minimum casualties. For example, Prithvi Narayan’s conquest of Kathmandu valley was accomplished almost without bloodshed. The king extended his kingdom as far as Darjeeling, Sikkim in the east, up to Gandaki region in the west of Gorkha and to a large area in Tarai in the south. Prithvi Narayan moved his capital to Kathmandu and the Kingdom of Gorkha was turned into the kingdom of Nepal. It is obvious, if Prithvi Narayan Shah had not unified and created a new and strong Nepal, more than likely there would no Nepal today. Unfortunately, Prithvi Narayan’s untimely death at the age of fifty-two brought the newly expanded Kingdom to a halt on its unification campaign for the time being.
Pratap Singh Shah, Son of Prithvi Narayan ascended the throne upon the death of his father. Young Pratap Singh’s sudden death after two years on the throne created a power vacuum in Nepal Darbar. As a result, Prince Bahadur Shah, the younger son of Prithvi Narayan was destined to take control of the Kingdom at the critical time.  In the meanwhile, on the south and west of Nepal, the British were advancing very aggressively in defeating the kingdoms and merging them in their colony. Bahadur Shah realizing the threat from the British aggression was determined to defend the newly unified Nepal. In 1785, he took the regency on behalf of infant Prince Rana Bahadur Shah and continued further unification of the country that was begun by his father. During his regency, Kumau and Gharwal   came under the control of Nepal and the western border of the country was extended as far as Sutlej river. Those kingdoms had some domestic political conflicts and they were merged into Nepal without engaging in major battles.Besides, unification of Nepal was being carried out between small provinces and kingdoms mostly in the hilly regions. India did not exist in today shape and size at that period. As such, Nepal deserves the right to claim the land colonized by the British before they created India as a colony.

The newly unified Nepal plunged into disarray followed by Bahadur Shah’s death, divided military chiefs, state of a bad economy, and above all, the absence of strong leadership in Nepal Darbar turned out to be major a factor. The ambitious East India Company was watching the events and the political instability in Nepal. They obviously took advantage of the situation and started making excuses in creating border disputes with Nepal. The British declared war against Nepal on November 1, 1814. Although with much less number of fighting army and with mostly antiquated arms against a large number of the British army, equipped with a huge supply of modern arms and resources, Nepal repulsed the invading  British Army in all three mid and eastern fronts. Great warriors of Nepal such as General Amar Singh Thapa, Sardar Bhakti Thapa, Balbhadra Kunwar and many others fought an exemplary war with the invadors. However, In the far western frontiers of Kumau and Ghadwal , Nepali Army was outnumbered by four to one and had to bear the defeat. In the aftermath of the War, the British force imposed a very unjust, unequal, and deceitful Treaty on Nepal which is known as the Sugauli Treaty. After the Treaty, the company occupied  about half of Nepal’s territories from Sutlej to Mahakali river in the west, from the Mechi river to Nagarkata some 70 km east from the Tista river and very large territories all along Tarai, north of Ganga and Brahmaputra rivers. Nepal became virtually landlocked, surrounded on three sides by the British colony of India.
After the Kot massacre of 1846, Jung Bahadur Rana rose to power and established Rana oligarchy that lasted for one hundred and four years. Although Jung Bahadur ruled as a dictator with an iron fist, he made a great contribution to his country by the return of four districts of Banke, Bardia, Kailali and Kanchanpur from the British. Although Jung Bahadur tried to regain all the territories that was occupied by the British after the treaty of Sugauli, the colonialist would only return those four districts of western Tarai, only after a couple years intense negotiation in 1860. Company returned at least some of Nepal’s lost land in gratitude of Jung Bahadur’s assistance in suppressing the Indian mutiny of 1857.

After the end of the Second World War, the British could no longer sustain the colonies. They had already decided to end their colonial rule in India. In 1947, two countries of Pakistan and India were created and granted independence on August 14 and August 15 respectively. Pakistan had two wings, West Pakistan and East Pakistan. East Pakistan became Bangladesh with the instigation and military assistance of India, later in 1971
Although it may sound it hypothetical and wishful thinking at the present time, however, the British Colonial Government made a very unjustifiable and deceitful decision regarding its relationship with a long-time friend and ally Nepal. Because if the British Government could partition the colony of India into two countries of Pakistan and India and divide them into three parts, why would not they return Nepal’s land they occupied and merged into the colony since 1816. Instead, the British left most of Nepal’s colonized land in India and some in East Pakistan.
The British not only annexed and colonized Nepali territories but also exploited Nepal and Nepalis in many ways. They made the Rana regime loyal to them and kept Nepal in semi-independent, landlocked and isolated status from the rest of the world. They misused Nepal’s forest resources in laying railroad sleepers across India. They exploited Nepali youths in hundreds of thousands in the name of Gurkhas to fight the war to save their Empire. As a result, hundreds of thousands of young Gurkhas sacrificed their lives for the British Empire in World War I and World War II. Even after the Second World War, the British used Gorkhas to fight their war against the communist insurgents in Malasia, Sarawak, Borneo in late during forties and fifties. The British used Gurkhas to fight their war in Falkland off South America. They were still using the Gurkha blood in Iraq and Afghanistan as recent as a few years back.
The British call themselves the mother of democracy and champion of human rights. They have proved they were false. Because they had been paying the Gurkha soldiers less than ten percent of what the British Army’s salary was until recently. This is such a blatant practice of discrimination on their part. The British, since the period of East India Company down to the present time, exploited the Gurkhas and their motherland Nepal to a great extent. If they had returned even some of Nepal’s colonized territories back to her and extended Nepal’s border up to Bangladesh, Nepal would not have to be an India locked country.  In this regard, the British Government made a huge mistake and a great injustice to a friendly country whose hundreds of thousands of young citizens sacrificed their lives in order to save their empire. 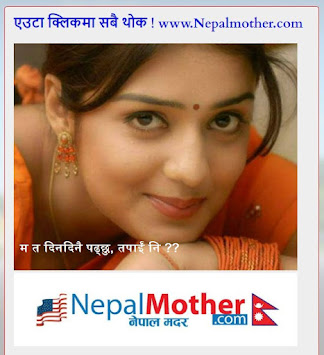 click on this logo for home page
Posted by www.Nepalmother.com at 8:52 AM