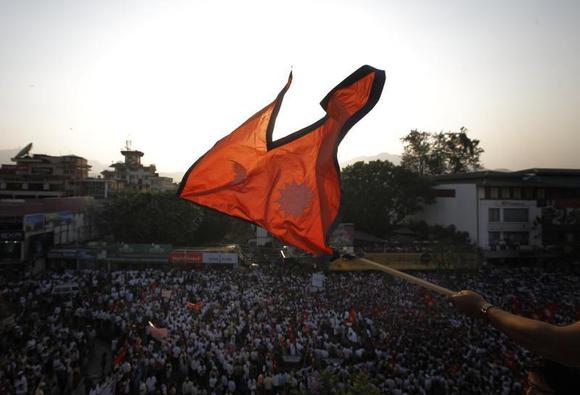 (Reuters) - Nepal's Supreme Court has told the government it must ensure serious human rights violators are not given amnesties by a truth and reconciliation commission which will investigate crimes committed during a decade-long civil war. Human rights workers and victims' groups had feared that the government's plan for a reconciliation commission could mean pardons for serious
violators of human rights.

More than 16,000 people were killed and thousands were wounded in the civil war in the poor Himalayan country wedged between Asian giants India and China.
The war pitted Maoist guerrillas against government forces from 1996 to 2006. Hundreds of people simply disappeared.
A coalition government headed by the Maoist former rebels prepared legislation last year to set up a truth and reconciliation commission, as stipulated in the agreement that ended the war.
But the Supreme Court said the panel could not offer amnesty in the most serious cases.
"Cases involving grave human rights violations can't be the subject for amnesty and where amnesty should be granted the participation and consent of the victims is compulsory," Baburam Dahal, assistant court spokesman, said on Friday.
Rights workers accused both the security forces and the rebels of abuses such as killings, rape, torture and disappearances during the war.
Human rights lawyer Hari Phuyal welcomed the court's ruling as a "landmark decision". Victims of abuse and their families were more cautious.
"The decision has raised our hopes for justice," said Dev Bahadur Maharjan, who said he was tortured after being arrested by the security forces in 2003.
"It is up to the government to implement the order now. We'll wait and see how the government fulfils its responsibility."
The Supreme Court and lower courts have issued warrants in abuse cases in the past but those orders have not been implemented and no arrests have been made.
In January last year, an army colonel on holiday in Britain was arrested on charge of torturing two people. He is the most senior Nepali officer to be arrested in connection with abuses during the conflict.
Setting up the commission could be delayed as political parties are struggling to pull together a coalition after elections in November produced a deeply fragmented parliament.
U.N. human rights officials have said perpetrators of serious war crimes should be punished to ensure peace can be sustained in one of the world's poorest countries.