The Press release of THE WHITE HOUSE about Immigration ! 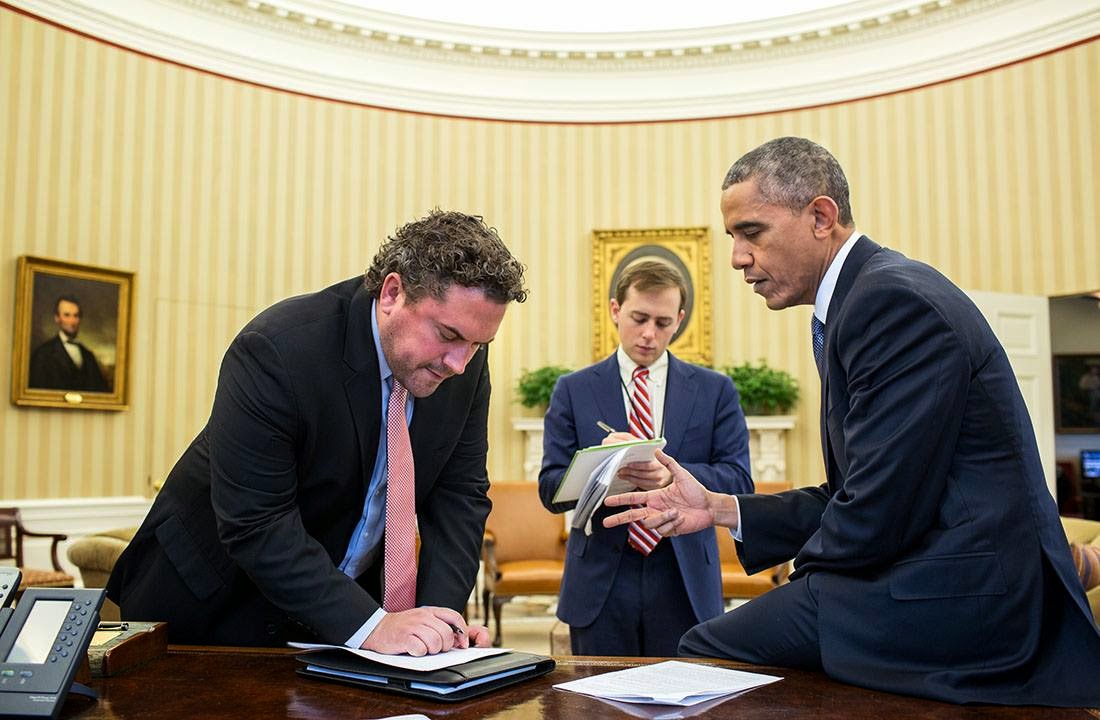 Office of the Press Secretary
FOR IMMEDIATE RELEASE
November 20, 2014
THE WHITE HOUSE
The President’s Immigration Accountability Executive Actions will help secure the border, hold nearly 5 million undocumented immigrants accountable, and ensure that everyone plays by the same rules. Acting within his legal authority, the President is taking an important step to fix our broken
immigration system.
These executive actions crack down on illegal immigration at the border, prioritize deporting felons not families, and require certain undocumented immigrants to pass a criminal background check and pay their fair share of taxes as they register to temporarily stay in the U.S. without fear of deportation.
These are common sense steps, but only Congress can finish the job. As the President acts, he’ll continue to work with Congress on a comprehensive, bipartisan bill—like the one passed by the Senate more than a year ago—that can replace these actions and fix the whole system.
Three critical elements of the President’s executive actions are:
· Cracking Down on Illegal Immigration at the Border: The President’s actions increase the chances that anyone attempting to cross the border illegally will be caught and sent back. Continuing the surge of resources that effectively reduced the number of unaccompanied children crossing the border illegally this summer, the President’s actions will also centralize border security command-and-control to continue to crack down on illegal immigration.
· Deporting Felons, Not Families: The President’s actions focus on the deportation of people who threaten national security and public safety. He has directed immigration enforcement to place anyone suspected of terrorism, violent criminals, gang members, and recent border crossers at the top of the deportation priority list.
· Accountability – Criminal Background Checks and Taxes: The President is also acting to hold accountable those undocumented immigrants who have lived in the US for more than five years and are parents of U.S. citizens or Lawful Permanent Residents. By registering and passing criminal and national security background checks, millions of undocumented immigrants will start paying their fair share of taxes and temporarily stay in the U.S. without fear of deportation for three years at a time.
The President’s actions will also streamline legal immigration to boost our economy and will promote naturalization for those who qualify.
For more than a half century, every president—Democratic or Republican—has used his legal authority to act on immigration. President Obama is now taking another commonsense step. As the Administration implements these executive actions, Congress should finish the job by passing a bill like the bipartisan Senate bill that: continues to strengthen border security by adding 20,000 more Border Patrol agents; cracks down on companies who hire undocumented workers; creates an earned path to citizenship for undocumented immigrants who pay a fine and taxes, pass a background check, learn English and go to the back of the line; and boosts our economy and keeps families together by cutting red tape to simplify our legal immigration process.
CRACKING DOWN ON ILLEGAL IMMIGRATION AT THE BORDER
Under the Obama Administration, the resources that the Department of Homeland Security (DHS) dedicates to security at the Southwest border are at an all-time high. Today, there are 3,000 additional Border Patrol agents along the Southwest Border and our border fencing, unmanned aircraft surveillance systems, and ground surveillance systems have more than doubled since 2008. Taken as a whole, the additional boots on the ground, technology, and resources provided in the last six years represent the most serious and sustained effort to secure our border in our Nation’s history, cutting illegal border crossings by more than half.
And this effort is producing results. From 1990 to 2007, the population of undocumented individuals in the United States grew from 3.5 million to 11 million people. Since then, the size of the undocumented population has stopped growing for the first time in decades. Border apprehensions—a key indicator of border security— are at their lowest level since the 1970s. This past summer, the President and the entire Administration responded to the influx of unaccompanied children with an aggressive, coordinated Federal response focused on heightened deterrence, enhanced enforcement, stronger foreign cooperation, and greater capacity for Federal agencies to ensure that our border remains secure. As a result, the number of unaccompanied children attempting to cross the Southwest border has declined precipitously, and the Administration continues to focus its resources to prevent a similar situation from developing in the future.
To build on these efforts and to ensure that our limited enforcement resources are used effectively, the President has announced the following actions:
· Shifting resources to the border and recent border crossers. Over the summer, DHS sent hundreds of Border Patrol agents and U.S. Immigration and Customs Enforcement (ICE) personnel to the Southwest border, and the Department of Justice (DOJ) reordered dockets in immigration courts to prioritize removal cases of recent border crossers. This continued focus will help keep our borders safe and secure. In addition, Secretary Johnson is announcing a new Southern Border and Approaches Campaign Plan which will strengthen the efforts of the agencies who work to keep our border secure. And by establishing clearer priorities for interior enforcement, DHS is increasing the likelihood that people attempting to cross the border illegally will be apprehended and sent back.
· Streamlining the immigration court process. DOJ is announcing a package of immigration court reforms that will address the backlog of pending cases by working with DHS to more quickly adjudicate cases of individuals who meet new DHS-wide enforcement priorities and close cases of individuals who are low priorities. DOJ will also pursue regulations that adopt best practices for court systems to use limited court hearing time as efficiently as possible.
· Protecting victims of crime and human trafficking as well as workers. The Department of Labor (DOL) is expanding and strengthening immigration options for victims of crimes (U visas) and trafficking (T visas) who cooperate in government investigations. An interagency working group will also explore ways to ensure that workers can avail themselves of their labor and employment rights without fear of retaliation.