ANA said " Tsewang Sherpalama , a Villain of nepali american community society in US, kickout from Association of Nepalese in Americas (ANA), becarefule with this fraud guy" 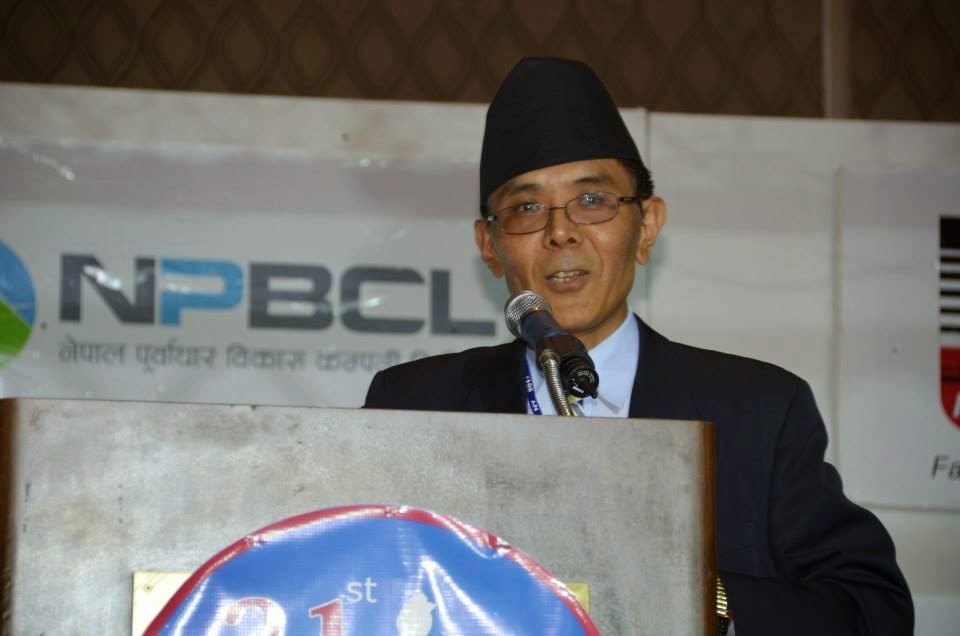 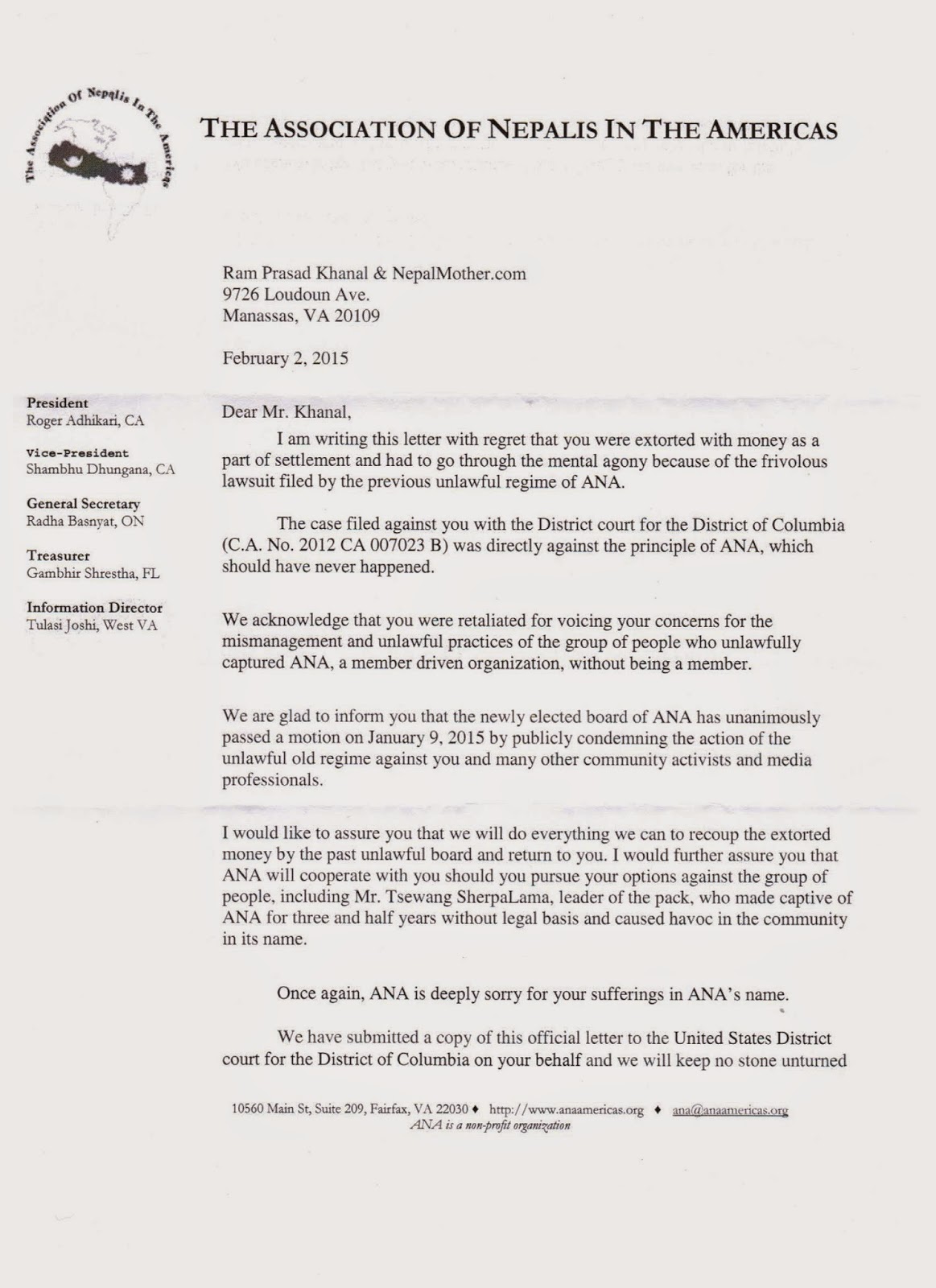 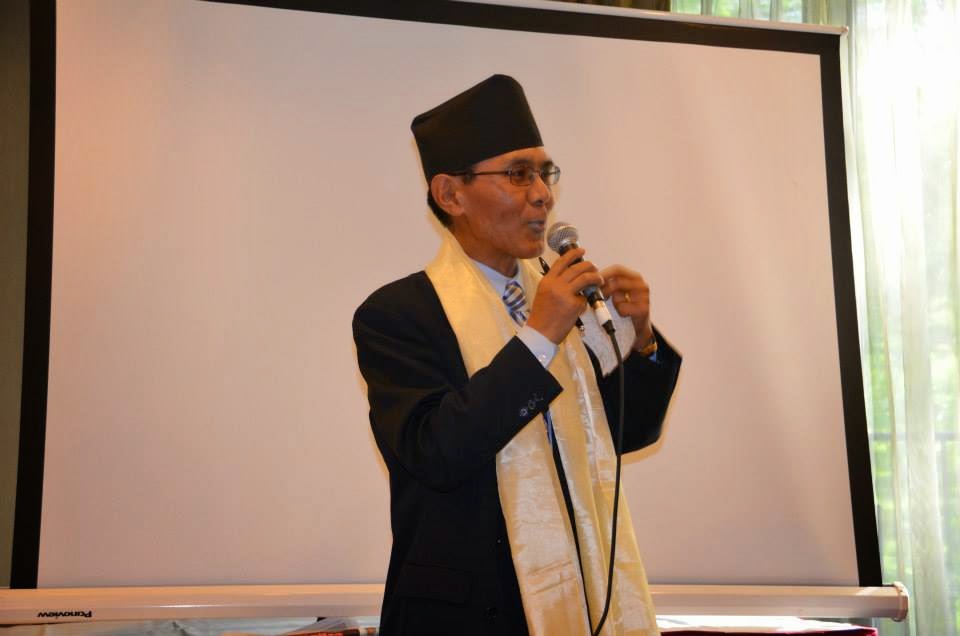 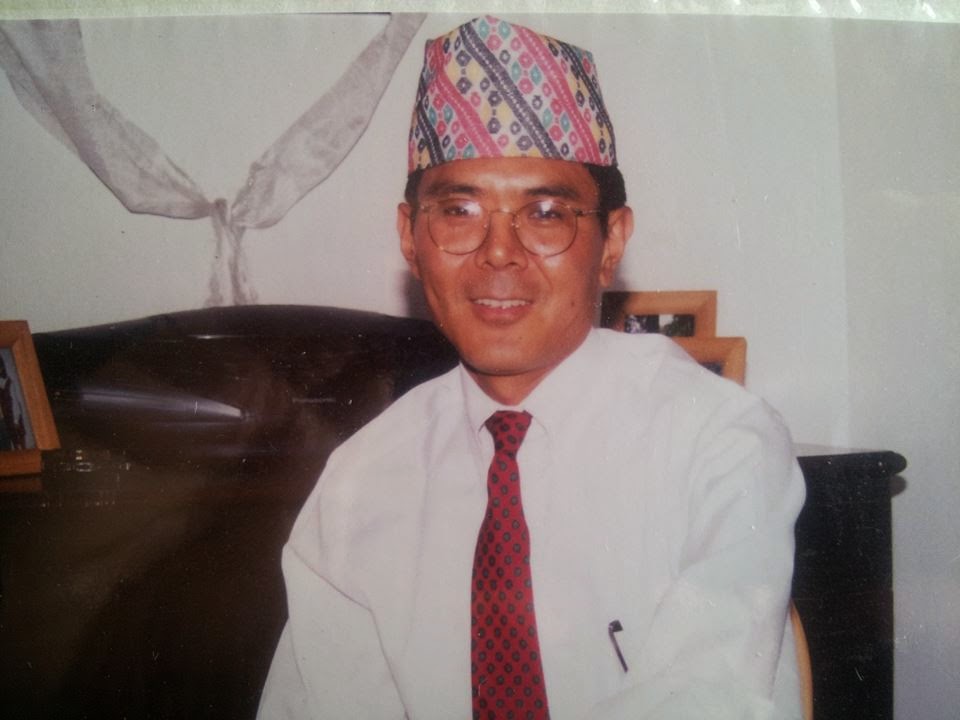 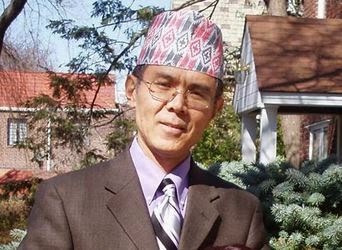 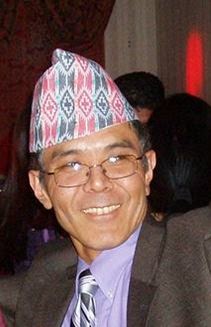 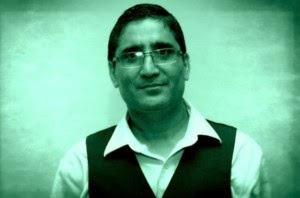 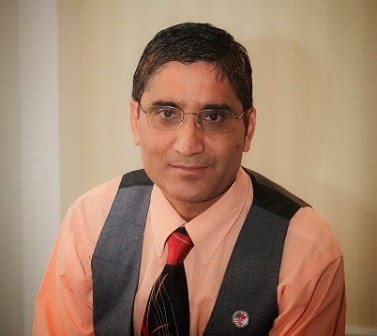 
Press Release of Association of Nepalis in the Americas, January 12, 2015 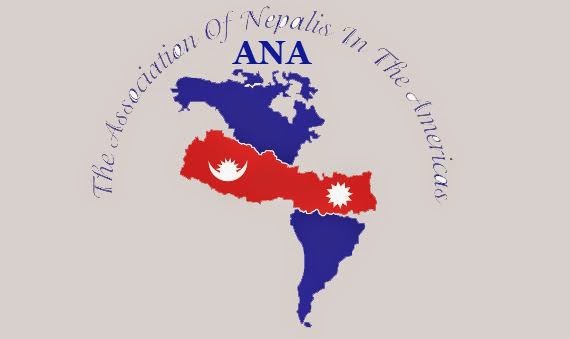 ANA Press Release
The first meeting of newly elected officers of ANA (Association of Nepalis in the Americas) held on January 9, 2015 reviewed priority issues of ANA and unanimously passed a resolution on the most important matter of public concern related to the association.
The following is the official statement by the newly elected officers of ANA:
We strongly condemn the environment of harassment created by the so called Interim Board of ANA against the Nepali community and media professionals in the USA in the past three and half years. None of the officers of the Interim Board of ANA were members of ANA, and the Interim Board was unlawful.
The newly elected ANA Officers sympathize with the individuals who suffered from such notorious acts of the unlawful Interim Board. The Board had no moral or legal rights to harass the community members. Our special sympathy goes out to those individuals who were threatened to file lawsuits by the unlawful occupants of ANA and were forced to pay money as out of court settlements. Such act was heinous and against the objectives and spirit of ANA, which was established to serve the community and to promote social harmony among the Nepali Diaspora and friends of Nepal in the
US and Canada.

We would like to request those individuals, who were extorted money by the past unlawful regime, to provide detailed information about their settlements. Please send the information to us in confidence. We will study those cases, and will take appropriate actions to remedy the situation.
Effective immediately, any confidentiality agreements made by or on behalf of ANA by the previous regime are declared null and void. These include the forced agreements with ANA which were signed by half a dozen or so journalists. ANA would like to assure all journalists and freelance writers that you are free to exercise your right as journalist without any fear of retaliation on matters pertaining to ANA.
The newly elected officers of ANA would like to assure the above victims as well as the community at large that ANA will work towards amending its current bylaws which will have safeguards against such acts in the future.
As a member-based non-profit social organization, ANA will conduct all organizational business in a transparent manner. ANA will soon re-establish its web-site and will make its financial and other information available on the web for all its members to see.
We would value your opinions; therefore, we welcome your ideas and inputs to make ANA a better organization.
Finally, may 2015 usher a new beginning for ANA.  Happy new year to everyone! 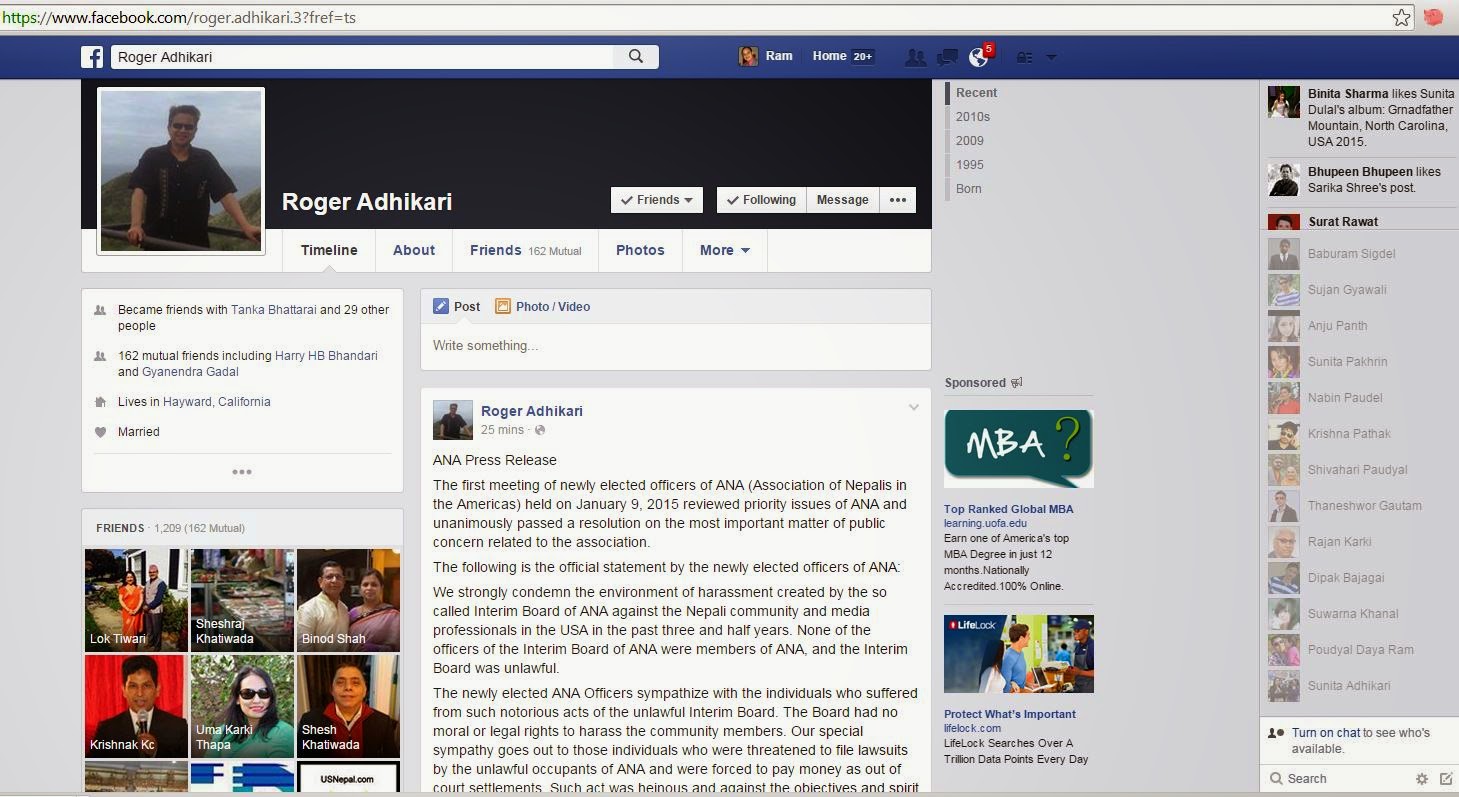 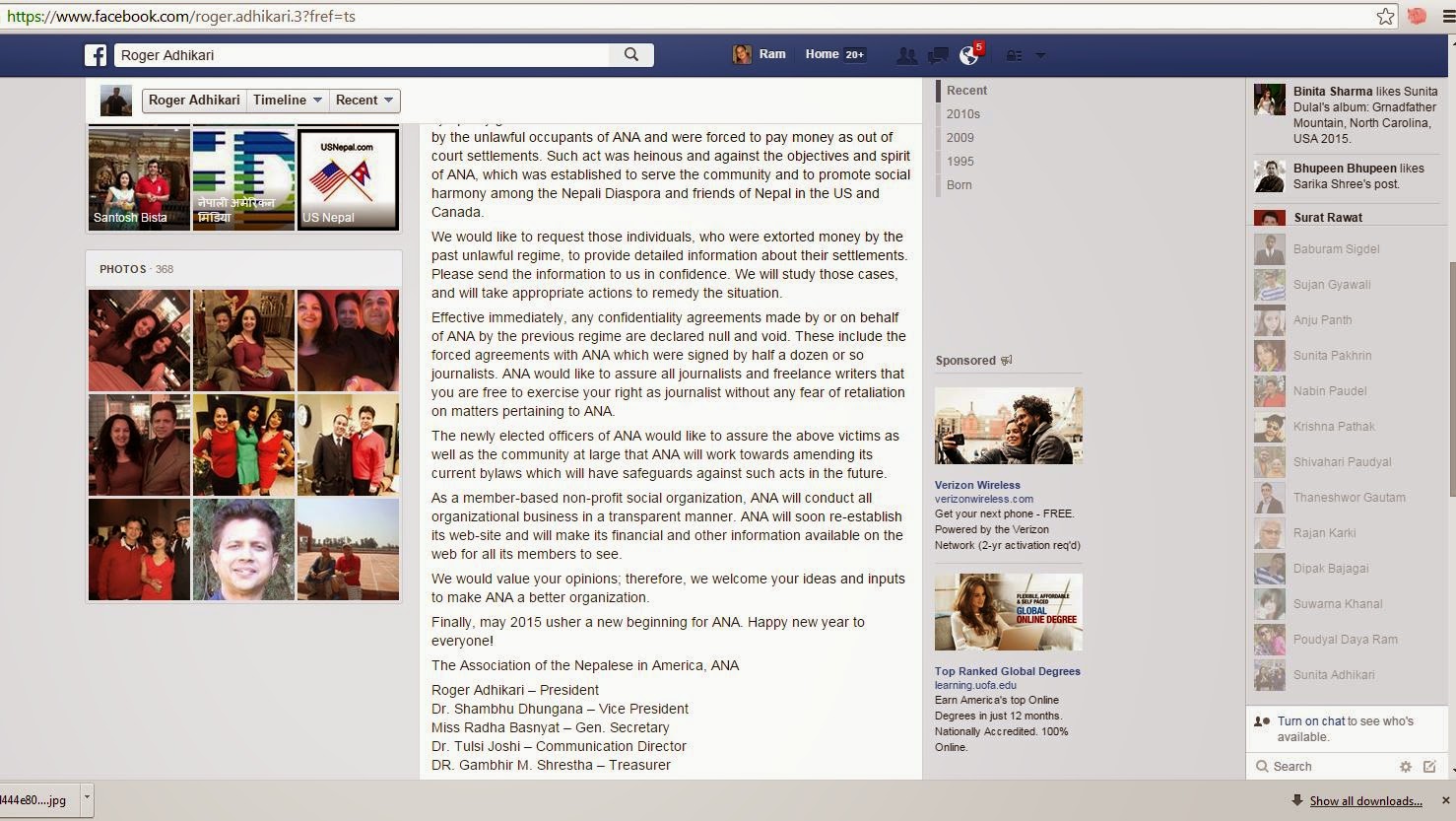 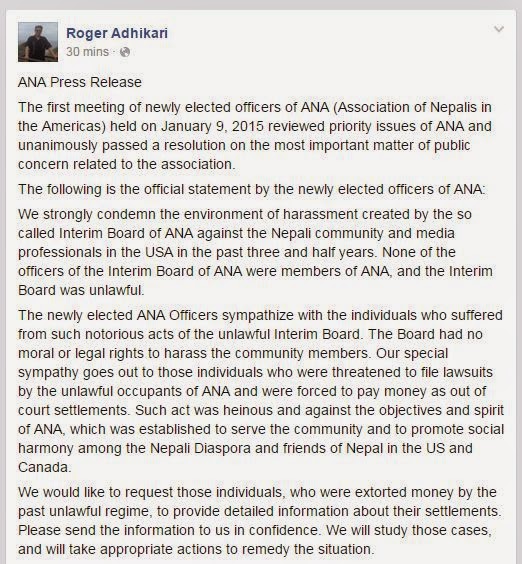 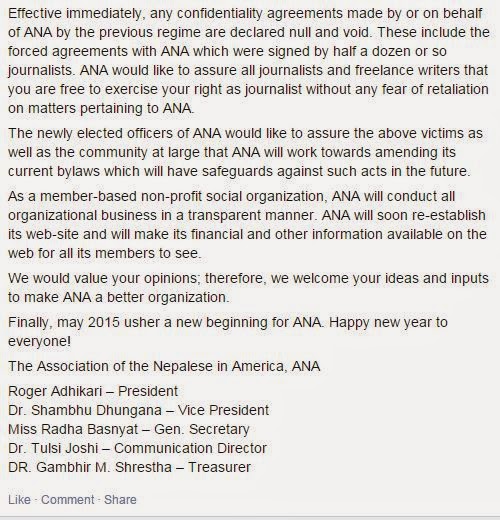 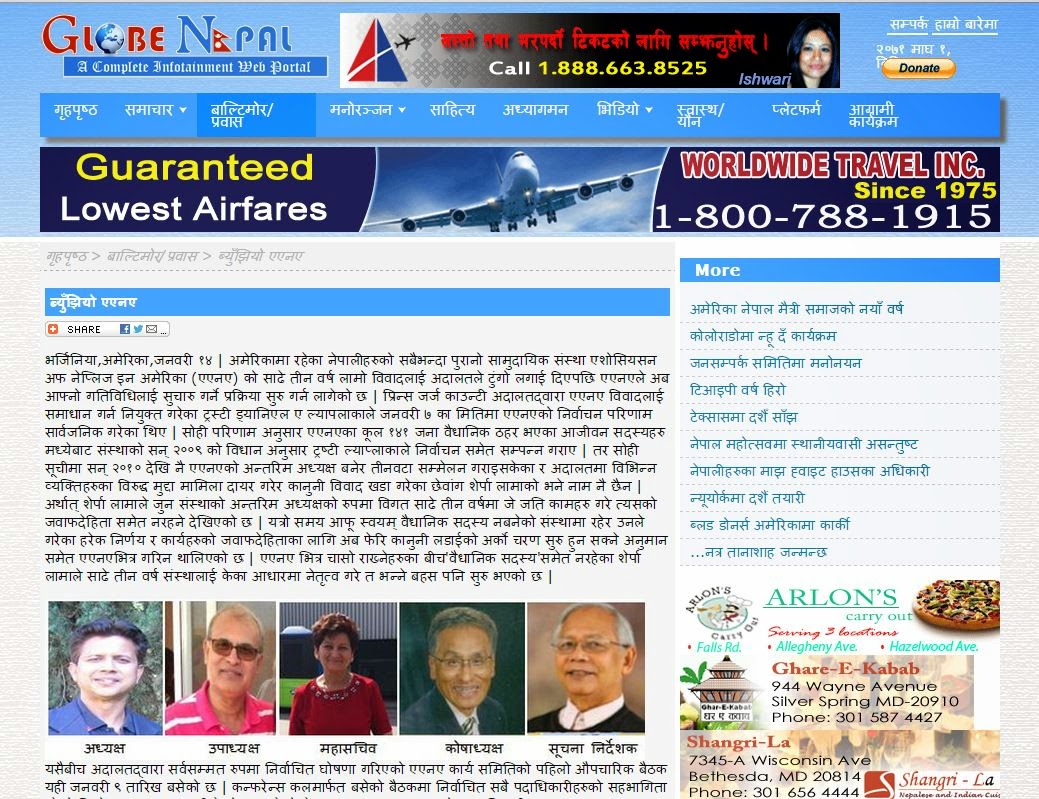 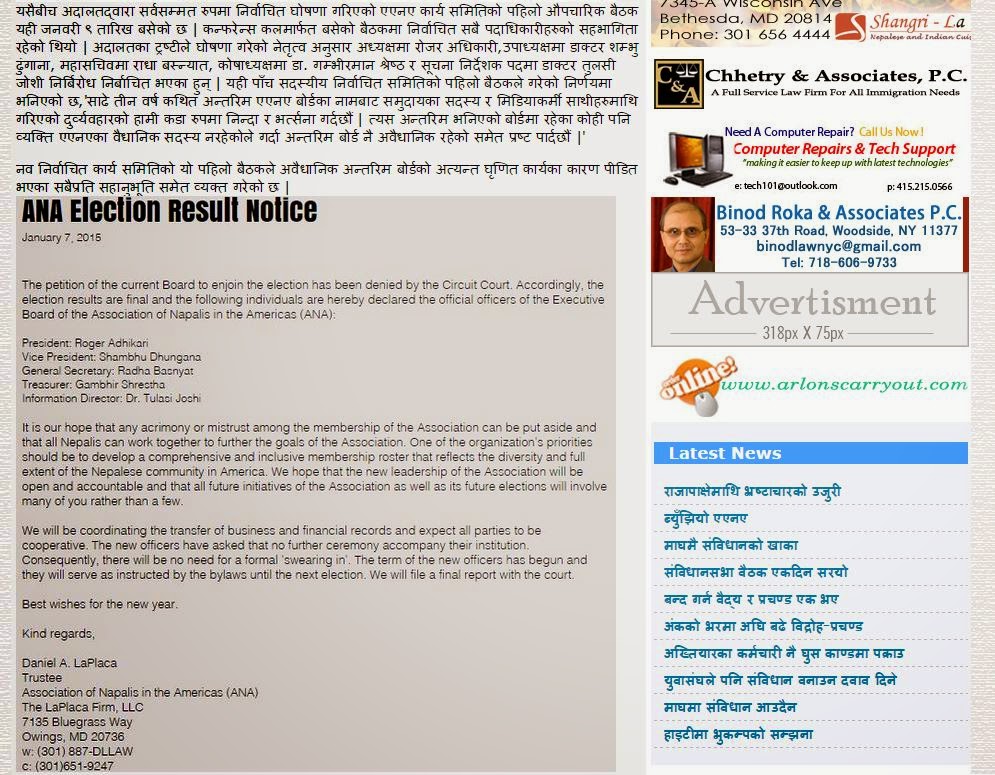 Posted by www.Nepalmother.com at 8:47 PM